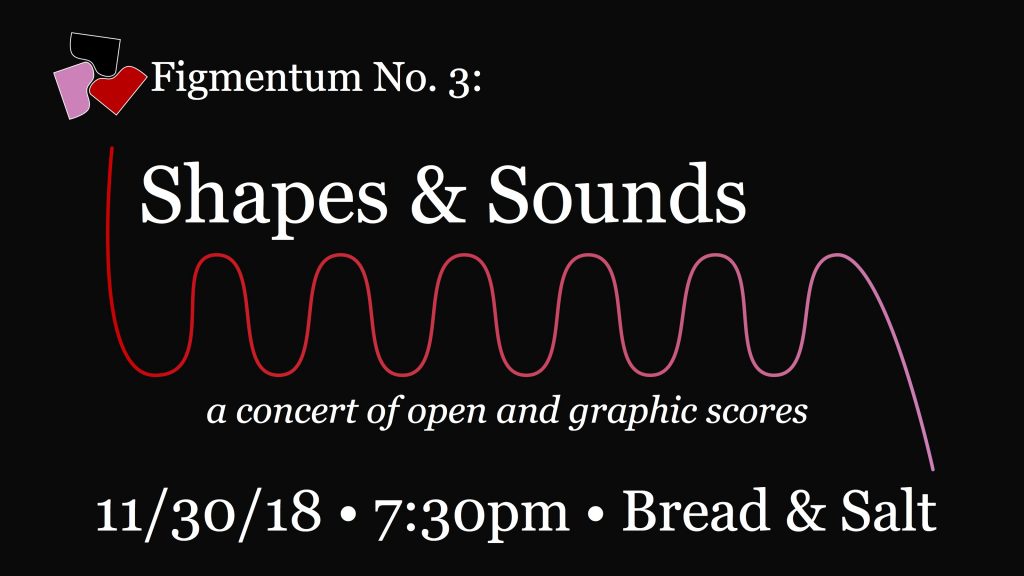 Wanderings (B) began life as a section of my piece for clarinet and computer, Wanderings, written for Yi-wen Chen in 2013. The idea for the piece involved gradually moving from fully composed to more and more abstracted materials, and the original plan for it involved a page with a number of boxes of text. For a number of reasons, this page of text was cut from the final score (probably for good reason – the average 20′ runtime of Wanderings is plenty long enough, and the piece is stronger without it). I hung onto the page, though, and turned it into a standalone piece. For five years, it had yet to be performed.

One of the problems I had in developing the rules for the piece was in how the performers communicate where they were in the score. Since the material in each box is only text, there aren’t any aural landmarks without asking performers to develop their own. For our performance, I was struck with an idea – office call bells. They are inexpensive, timbrally similar to but distinct from the toy pianos, and easily carry through the space to the other players. After completing a segment, the player rings the bell to signal to the other players. The others immediately stop what they are doing and move to another square. Finally, when a player reaches the final box, they ring twice, and everyone jumps to that box immediately, continuing to play until the word “together” is realized. These bells work really well at providing an audible structure to the improvisation and as an organic way of communicating with others – and really I think it would work well with any other instrumentation.

If you’re interested in performing Wanderings (B), I’ll be posting the final performance version of the score following our concert – if you email me before then, I’ll send you a copy once it’s available. I’d really love to hear about difference experiences with this piece.